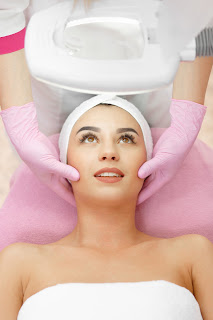 If you wish that your skin was smoother and looked healthier, consider undergoing a microlaser peel. This minimally invasive procedure uses laser energy to resurface the skin by removing the damaged outer layers. The result is an appearance that looks younger and rejuvenated. This state-of-the-art technique reduces skin blemishes like fine lines and wrinkles, acne scars, and sun spots by using short bursts of laser energy. Many patients find that micro laser peels result in significant improvements in the tone, texture, and pigmentation of their skin.

The technique takes only about an hour and can be performed right in the doctor's office. First, a topical numbing cream is spread over the surface of the skin to ease discomfort. Depending on the depth of the peel, an oral sedative or local anesthetic may also be used. While the most popular treatment areas are the face, neck, and hands, microlaser peels can be performed on nearly any area of the body, wherever you have skin blemishes you wish to treat.

Unlike most other techniques for skin resurfacing, one of the benefits of microlaser treatments is that the doctor can precisely control the depth of the peel, or how much skin is removed. The laser device is set at a particular depth according to each patient's individual needs. Some skin blemishes can be treated by a light, superficial peel, while others require a deeper peel because the damage extends further into the skin.

Once the anesthetic has been delivered, the doctor will begin treatment by holding a handheld laser device against the skin. This device emits pulses of laser energy which will enter the targeted area of skin. This energy vaporizes the outermost skin layer, including dead skin cells and superficially damaged skin. Because the treatment removes the outermost layer of skin, it is known as an 'ablative' technique. This energy also heats the layers of skin within the body, stimulating the production of collagen, a key structural element of the skin.

Microlaser peels are not painful, and you should feel minimal discomfort, thanks to the anesthetic used. Some patients do feel a slight stinging sensation as if a rubber band was snapping against their skin. After the doctor has finished treating the skin with the laser, patients are free to return home immediately.

One of the benefits of microlaser peels, when compared with other skin resurfacing procedures, is the short recovery period. For the first two to five days, depending on the depth of the peel, you may experience some redness and swelling. The newly revealed skin will feel as if it is sunburned, and it will be sensitive to the sun, so sunblock must be worn whenever you are outdoors. Some patients take a few days away from work to allow the side effects to subside, while others return to work on the same day as the treatment.

After undergoing laser skin peels, you will find that your skin appears healthier, smoother, and rejuvenated. Immediate improvements in skin texture and pigmentation are often noticed, while further improvements occur over the next six months, as collagen production improves, strengthening and smoothing the skin. While many patients find that one microlaser peel is enough to achieve their desired results, others undergo two or three additional peels until they are satisfied with the texture, tone, and pigmentation of their skin.